Kristin Gloege Michels has been dancing since the age of three, and started choreographing as a teenager. She has worked with dance troupes, show choirs and school and community theatre groups over the years. She performed in a professional production of Joseph and The Amazing Technicolor Dreamcoat in Park City, UT and has been seen on stage in Columbus as ChaCha DiGregorio, Gloria Rasputin and stunt double for the Wicked Witch of the West, among other roles. Kristin choreographed Imagine’s inaugural show, The Wedding Singer, and has been involved in the on-stage and behind the scenes operations for many years. By day Kristin works in HUD multifamily mortgage lending. She lives in Westerville with her children and is both privileged and delighted to serve the theatre community in Columbus. 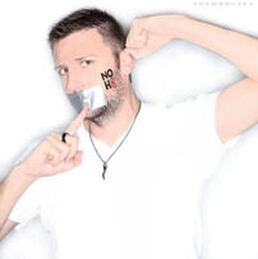 David Taylor stumbled into Community Theater 9 years as a last minute add in.  He has described this as one of the most exciting things to happen to him and has been very active in theater in central Ohio since.  David is glad to be a part of Imagine Productions as a new member.  Some of his previous performances have been; Ash in Evil Dead the Musical, Riff Raff in Rocky Horror, and Big Willy in Musical of Musicals.  During the day, David works as an Accounting Manager with over 15 years accounting experience. David loves to spend time with his partner, their new puppy, his daughter, and his grandson.​ 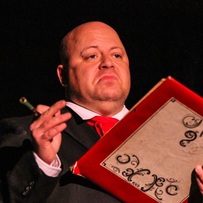 Ed Eblin is a founding officer of Imagine Productions.  He currently serves on the board as the Treasurer, and advises in matters involving grant development, taxes, and the daily accounting of the business.  While he's not a frequent face to the stage as much these days, he's been involved in many Central Ohio musical productions in the capacity as a director, stage manager, and as a performer spanning the past 25 years.  His Imagine directing credits include A BROADWAY CHRISTMAS CAROL, THE ROCKY HORROR SHOW, CHICAGO, and SPRING AWAKENING.  Professionally, Ed is a high school math educator for the Eastland-Fairfield Career and Technical Schools, as well as an adjunct math instructor for Columbus State Community College. 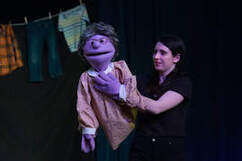 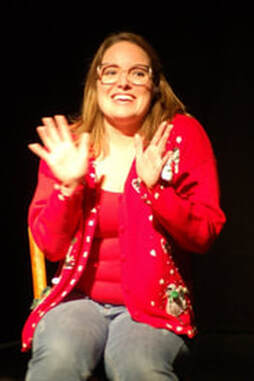 Adriane’s love of music & theater started at a very young age — singing words to a ‘Sesame Street’ record before she could actually talk in sentences! Her parents immersed her in the Arts in Columbus including, BalletMet, Children’s Theater, & instrumental performances often when she was growing up. She is a proud graduate of Capital University’s Conservatory of Music, with degrees in Voice Performance and Vocal Music Education. Most recently, Adriane was the Music Director for Imagine Production’s Grease. Her past on-stage performances include: Into the Woods (Cinderella’s Stepmother), Bye Bye Birdie (Mrs. MacAfee), My Fair Lady & Sister Act: The Musical (Tina). Adriane even met her husband, Tim, after being cast as opposites, Mr. & Mrs. MacAfee, in Gahanna Community Theater’s production of Bye Bye Biride in 2018. She and Tim live in Hilliard with their very dramatic dog, Daisy, it’s clear that theater runs in the family! She teaches private voice and beginning piano lessons to elementary through high school-aged students. Adriane is honored to be apart of Imagine Productions’ “RE-IMAGINING” in a post-COVID world, where theater can be supported & well-loved again by audience members & performers alike.

Tim Adler is excited to be joining the Imagine Productions’ board along with his (much) better half, Adriane.  Theater runs deep for Tim, having met Adriane in a show (cast as a married couple, then life imitating art took over).  An actor with a penchant for being in shows with long titles, including Joseph…, How to Succeed…, and most recently Imagine’s, A Funny Thing Happened on the Way to the Forum. He’s  been in some shorter-titled shows, too: Beauty & the Beast, Bye Bye Birdie, Brigadoon & The Music Man. During the day, Tim works for the Columbus-based start-up, Root Insurance, as a data analyst & researcher. Tim is thrilled to be a part of live theater’s return to the Columbus area, and bringing a first rate theater experience to both actors and audience members alike. 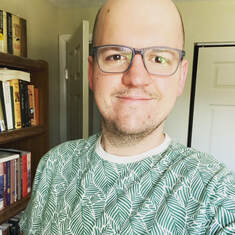 Brandon Boring has been working with Imagine Productions since 2012. His directing credits with the company include Urinetown, The Wild Party, and Into the Woods, which won Theatre Roundtable Awards for Best Director, Best Ensemble, and Best Musical. He has also been seen on the Imagine stage, including as Pseudolus in A Funny Thing Happened on the Way to the Forum and Nicky in both productions of Avenue Q. He can be seen around Columbus performing with the improv troupes TBD: The Improvised Musical and FFN, as well as the monthly sketch show Monday Night Live. 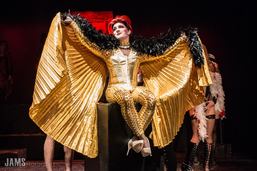 ​Steve Stumphauzer has been involved in theatre since before coming to Columbus in 2011. Since then, he has been all over the local community theatre scene including assistant directing with Evolution’s first Devil Boys from Beyond, acting with Columbus Immersive Theatre and Performing Arts Creative Ensemble, and appearing in several Imagine shows including La Cage Aux Folles, Reefer Madness, and two runs of The Rocky Horror Show. He also sings with the Columbus Symphony Chorus and enjoys recreating challenge bakes from the Great British Bake Off. He currently lives in Olde Towne East where he has become obsessed with the neighborhood cats he feeds, Marvin and Miss Jessica. 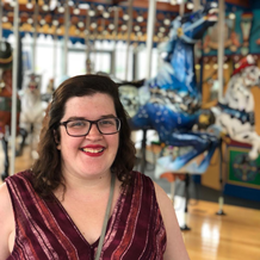 ​Shannon Daly serves at Imagine Productions Production Manager. Previously, she was the Stage Manager for Carrie and Grease, and Assistant Stage Manager for Rock of Ages. Before she landed in Columbus, she received her BFA in Theatre  Arts from DePaul University, where she served as a dramaturg on multiple productions. She also volunteered with the Chicago Fringe Festival, New York Musical Theatre Festival, and New York Fringe Festival. She is very grateful that someone answered her email to Imagine when she was brand new to Columbus and looking for some other theatrically minded people.
Proudly powered by Weebly